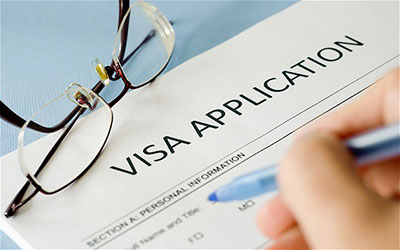 Prime Minister Nguyen Tan Dung has agreed to grant Vietnam visa exemption to the people of five European countries regarless visiting purposes (travel, diplomatic, working …), in an attempt to lure more tourists to the country and after stronger pressure from Vietnam National Assembly.

The countries whose residents will not require a visa to visit Viet Nam are the United Kingdom, France, Germany, Italy and Spain. However, this visa exemption is applied for 15 days stay. If a traveler has 3 weeks to visit Vietnam beaches, she stills need a visa.

The PM’s decision will come into effect on 1 July 2015, and valids for 1 year, then can be extended.

Tuan said the PM finally approved the suggestion made by the tourism sector, thanks to the efforts of the administration and the culture, sports and tourism ministry. “The decision will delight the country’s tourism sector and visitors from these countries,” he said.

However, experts said visa exemption would not be the decisive factor in drawing visitors, but that the tourism sector should improve itself in luring tourists and keeping them here by improving services.

Since applied Vietnam visa exemption, the number of Japanese visitors to Vietnam is 2.43 times bigger than the year 2014, Korean visitor number increases 3.6 times and Russian’s 7.45 times since 2009.

Vietnam government is planning to extend the list of Vietnam visa exemption to lift-up the first obstacle for tourists to Vietnam, as well as enhancing the competitiveness of Vietnam tourism. Thailand applies visa exemption for 61 countries, Malaysia applies for 155 countries, Laos has changed into visa on arrival and transit visa for 150 countries. Some potential countries which Vietnam government considers to apply free visa entry are Australia, New Zealand, India and Canada.