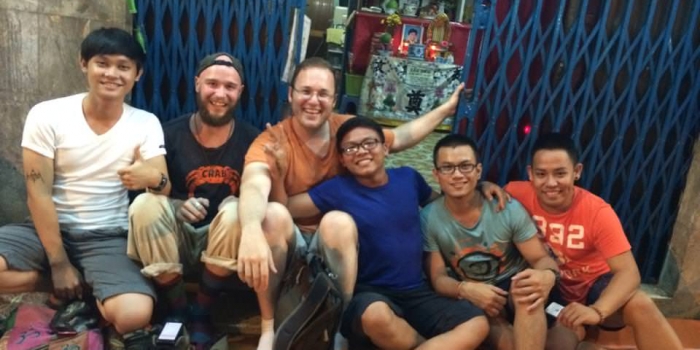 Bagging a good deal on the road can be almost as thrilling as the trip itself, no matter what your travel budget.

Make your hard-earned cash go further with our essential annual hot-list of Top best value Destinations, whether you’re hunting for a bargain or in search of old-school cheapness. Splurgers, look elsewhere.

The Price of Travel’s Index, ranking 31 Asian cities by price, confirms what many travellers have known for a while – Vietnam’s cities are tops for budget options. Both Ho Chi Minh City and Hanoi (third and second in the list respectively) are in that most magical of price brackets for the budget traveller: US$20 per day or less for food, lodging and sights. Finding these prices will take you firmly into the territory of living like a local, which is another vote in favour of making a super-cheap city trip at some point this year.

NEW THINGS TO DO:

Beyond the irresistible capital of Tallinn there are little-known Baltic islands and the seashore and forest delights of Lahemaa National Park, which holds the distinction of being the first national park in the old Soviet Union.

If you’ve just got off the ferry from Stockholm or Helsinki then Estonia can feel like the promised land. Why? That chunk of change in your pocket you’ve had since last leaving the eurozone will buy you a round of drinks. Upsizing from a hostel to hotel might seem like a good – and affordable – idea. Best of all, what you get in exchange for your hard-earned cash is experiencing a gloriously distinctive slice of Europe, where Eastern and Nordic influences mix together.

The outbreak of the Ebola virus in West Africa has, unfortunately for other areas of the continent, had a knock-on effect in terms of bookings for 2015. So listen up: London, Madrid and Paris are hundreds of miles closer to the outbreak in West Africa than East Africa’s tourism heartland. Africa is a massive continent (the United States would fit in the Sahara Desert) so you’ll be doing yourself and tourism in East Africa a favour if you take advantage of the cracking deals on offer to Kenya, Uganda, Tanzania and the rest of the region. And in the process experience some of the world’s great wonders, from gorilla encounters to Rift Valley scenery to squeaky-sanded beaches.

Looking for a beautiful, affordable, active, foodie corner of America’s southwest? Look no further. New Mexico powers your budget further. Dry, sunny weather is a near constant. Albuquerque’s Breaking Bad sights can be explored for the price of a trolley ride and washed down with a cheap eat from a hole-in-the-wall taqueria. Elsewhere, the winter sports are good and cheap and the outdoors is outstanding (and free): hiking in Alpine forests, petroglyph sites to track down and free wild hot springs. Given the richness of attractions all found within one state, New Mexico offers value from a time as well as monetary perspective.

All it takes to make Europe’s big hitters feel very pricey is for a few currency fluctuations to work against you. Thankfully there are still a few places where regardless of where you come from you’ll feel like you’re getting a good deal. Bosnia and Hercegovina is one of those. Inexpensive accommodation, meals and intercity transport combined with historic cities (Sarajevo and Mostar) and affordable adrenaline pursuits (rafting on the Una River and skiing) reward both the impecunious and those seeking a less well-travelled Europe.

Spain. Mapped by travellers? Not completely. Galicia in the northwest of the country is arguably Spain’s last frontier. Once you get beyond Santiago de Compostela, this wild region fragments into rocky coastline met by spectacular rías (inlets) and an interior of countless unspoilt villages. The region’s value comes not only from the lower costs compared with more-visited parts of Spain, but also from the quality of seafood and meat found in abundance in tapas bars, meaning tasting the good stuff in small portions costs less. And if you’re keen to save while sleeping over, aim for self-catering properties around the region, especially outside the school holidays.

What to do if you live in North America and want to visit Europe, but lack the time and funds? Consider Québec City. Yes, we know it’s not in Europe. But there’s enough of the exotic in this Francophone city to remind you of the Old Continent. In a few days you can tour the beautiful UNESCO-listed old town, dine in old-school bistros and get thoroughly lost in the timeless cobblestone streets. With a little more time and your own wheels, Montmorency Forest and Jacques-Cartier National Park offer a wilder taste of the province and superb wildlife-viewing opportunities surprisingly close to the city.

Looking for a Costa Rica that’s more Tico than tourist, but with everything that makes the country such a big draw? Get to the country’s Caribbean coast and you’ll find a still-evolving destination that’s likely to become a big noise over the next few years. Here you’ll find nesting turtles at Tortuguero, rafting on the Río Pacuare and diving in the reefs of Manzanillo. Surfers and fans of laid-back black-sand beaches should aim for the southern coast. For now, this is a land mostly visited by independent travellers and those seeking out birdlife. Not sold? Two words: sloth sanctuary.

If you’re pondering a little-known and highly affordable destination then Timor-Leste (rather than East Timor, if you please) might just be the budget destination for you. Away from the pricey hotels of the internationally-influenced capital of Dili, you’ll find bargain beach shacks on the beaches of Atauro Island, and welcoming homestays in the misty hill country. Despite ongoing security concerns, travelling round Timor-Leste can be an old-fashioned adventure, complete with bumpy roads and packed local transport. As an added bonus, you will be able to stare down any travel bore with Asia’s newest country added to your roster.

Currency fluctuations mean that the Australian dollar is a better deal for overseas visitors than it has been for a few years, and that Aussies may scale back overseas plans. This puts the dream-like landscapes of Western Australia, out of reach of some travellers thanks to the mining boom of the last few years, firmly back on the map. Beyond cosmopolitan Perth, iconic natural sights abound here, from the rocky coast and winelands of the southwest to the outback treats of the Kimberley, Kununurra and the Pinnacles.