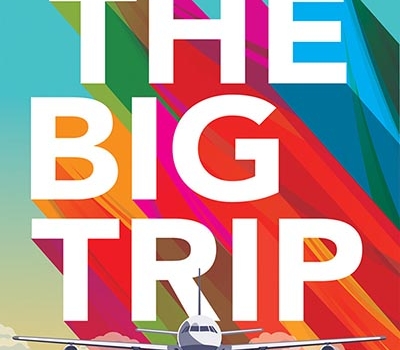 Halong bay and Angkor Wat are chosen by George Dunford in “The Big Trip” 3rd Edition May 2015 as “15 Amazing Adventures You need to experience before You Die” – Your ultimate guide to gap years and overseas adventures. Halong bay, Vietnam is described as “The clusters of limestone islands loom over crystal blue water, and none look exactly the same.”. Angkor temples, Cambodia are described as “The cluster of temples — originally Hindu and dedicated to Vishnu, but eventually converted into a Buddhist site — make up one of the world’s largest religious monuments.” Here are the detailed list.

1. Discover a whole spectrum of colors in the corals of Great Barrier Reef, Australia.

You can keep your distance with a glass-bottomed boat, or strap on your snorkel gear to get up close and personal.

2. Gape at the limestone karsts of Halong Bay, Vietnam. The clusters of limestone islands loom over crystal blue water, and none look exactly the same.

3. Hike to Iguazú Falls, on the borders of Argentina and Brazil.

Look specifically for Garganta del Diablo (aka Devil’s Throat) — at 82 meters, it is the highest of the falls.

Scuba divers and snorkelers can check out plenty of coral, or go deeper to explore the sunken King Cruiser.

You’ve got plenty to choose from: the Seinfeld deli, Carrie Bradshaw’s brownstone, Holly Golightly’s Tiffany’s, and many more.

6. Make a connection in the romantic capital: Paris.

Walk along the Seine, make eyes at the top of the Eiffel Tower, or linger at the Louvre.

7. Bask in the majesty of the Taj Mahal.

India’s white marble mausoleum is one of the world’s modern wonders, and considered “synonymous to love and romance”.

8. Chill out at Burning Man.

The weeklong festival in Black Rock Desert, Nevada, is filled with hippies, art, dancing, debauchery, and, of course, a burning wicker man.

9. Look for wildlife on the Galapagos Islands, Ecuador.

This Ecuadorian archipelago seems almost lost in time, inhabited by giant tortoises, colorful iguanas, and breeds of birds (like the blue-footed boobies) unique to the islands.

10. Take a camel ride to the pyramids of Giza, Egypt.

Giza has Egypt’s largest pyramids, and what better way to visit them?

Africa’s highest mountain (and the tallest freestanding mountain on the planet) is waiting for you — just make sure you have a trusty guide.

It’s a rough trek through one of the deepest gorges in the world — at Haba mountain’s peak, it’s 3,900 meters down to the Jinsha River — but the breathtaking views make it worth every step.

13. Take in some history at the Acropolis, Athens.

Also known as the “sacred rock,” this ancient tribute has stood for thousands of years in honor of the Greek gods, and the iconic structures — the Parthenon, Athena’s statue — are a sin to miss.

14. Climb to the top of Angkor Wat in Cambodia. The cluster of temples — originally Hindu and dedicated to Vishnu, but eventually converted into a Buddhist site — make up one of the world’s largest religious monuments. From the top, you can see evidence of history laid out over the nearly 500 acres it encompasses.

You’ll be safe riding down on the back of a sure-footed mule, and the views from within the world’s biggest canyon are somehow more magnificent than from the rim.