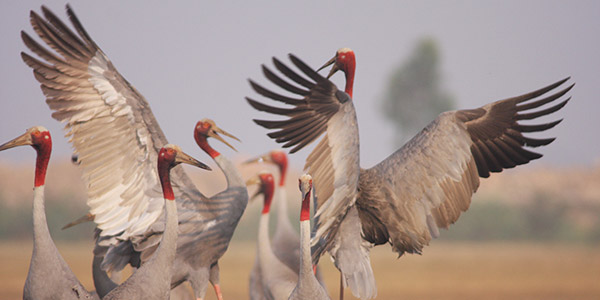 Prolonged wars and economic development have claimed large areas of various ecosystems in Vietnam. Yet, a host of countries would still envy with the remnants, which include a variety of geographical and ecological features: from high mountains to extensive coastline, from rare plants to exclusive animal species. These combinations rapidly become known to both domestic and oversea tourists, suggesting a way for Vietnam to set its tourism industry apart from other countries’ in the region: EcoTourism.

Eco-tourism has been developed in all regions from North to South Vietnam. In the North, Cuc Phuong National Park stands out; in the central, Kon Tum, Quang Binh own their reputation to diversified geography, wildlife animals and vegetation; in the South, Phu Quoc island strikes as a gem with wonderful natural scenery and fine sand beaches. Besides reserving the nature and building the infrastructure to attract more tourists, the state and local governments also aim at foreign investors by providing them with extra incentives, including reduced taxes and one-price policy for land rent and other services at certain regions. For instance, Phu Quoc imposes no import tax on machinery, equipment and materials, allows foreign investors to purchase land or lease long-term, and offers reduction on both corporate and personal income taxes. An increasing number of tourists also acts as an encouraging fact to foreign investors who are interested in the tourism industry in Vietnam. Despite its small size, Vietnam will amaze its investors by the untapped tourism potential in many areas of the country, especially the Central Highlands and coastal provinces.

An example of some of the new eco-tourism areas in Vietnam are the Nam Cat Tien national Park in Dong Nai and Lam Dong province and the Ba Na area close to Danang in Central Vietnam. Nam Cat Tien National Park is the biggest national park in southern Vietnam at over 70,000 hectares and includes a wide range of distinctive mammals, reptiles and birds. Some of the last Java Rhinoceros, Siamese crocodiles and many unique species of birds and reptiles are present in the park. Tour operators in the Ho Chi Minh City area offer two-day and longer tours to the park that go from the leisurely with stays in the parks air-conditioned bungalows with full meals all the way to much more adventurous involving long hikes, 12 Kilometer motorboat rides up the Dong Nai River plus other more active programs. Cost for the programs range from less than $100 on up depending on the program. Ba Na, which used to be referred as “the Spring of France” is a mountain area near Danang that was used by the French to get a respite from the extreme heat of the Central region. The area, which had gone into a decline and largely, been cut-off over the last decades has been revived by recent rebuilding of roads and other communications. The center of the area is a 1,487 meter-high mountain. Locals claim that you can experience the four seasons in a day on the mountain. In the early morning, it’s spring: at noon, it’s summer; in the late afternoon, it’s autumn; and when night falls, it is winter. Even in the head of summer, Ba Na enjoys a coolness of 18 degrees Celsius or 64 degrees in Fahrenheit in the evening and rarely exceeds 25 degrees Celsius or 77 degrees Fahrenheit. The forest on Ba Na exceeds 17,000 hectares and contains a wide range of rare trees and flowers. From the center of Danang, you can take a rental vehicle or a bus to get to Ba Na. A two-way bus ticket is around VND 30,000 per person plus entrance ticket to the mountain, which is an additional VND 5,000. Some simple hotels on the mountain are Le Nim Villa and Ba Na by night.

Eco-tourism is still a new business in Vietnam and is just in its infancy but the potential is real and obvious. Further, ecotourism is often a field that responsible young people both Vietnamese and foreign can involve themselves with relatively small investments that when properly managed can generate profits, jobs for locals and increasing focus and protection of the environment by local authorities.