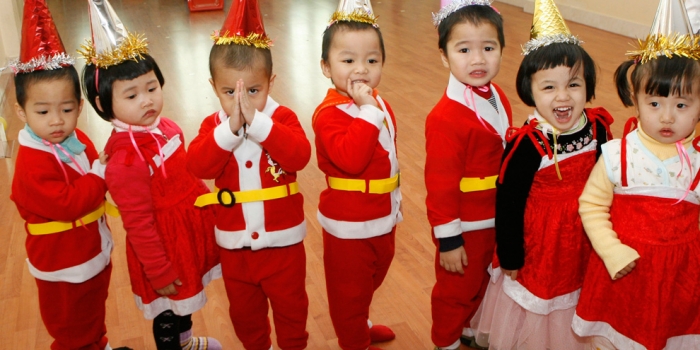 [Re-posted] Christmas Eve is celebrated more enthusiastically than the Christmas day in Vietnam. On 25 December, all offices are still working. Not so many people are Christians in Vietnam but still you will see the masses going to midnight. Christmas is one of the four major annual religious events celebrated in Vietnam. The Christmas Eve is enjoyed by even non-Christians with gusto. Vietnam remained under French rule for many years so the touches of French culture are prominent here at Christmas. Where the best city of Vietnam would be to spend Christmas Eve ?

The capital Hanoi and Ho Chi Minh City are very active in Christmas celebrations. Mostly the young people go to the city center where there is catholic cathedral. You will see the streets crowded on Christmas Eve. The cars are banned at night in these crowded places. Young people enjoy the Christmas and make their memories beautiful.

As long as you don’t mind being cold (~10 Celcius degree), Christmas Eve is wonderfully atmospheric in Hanoi. Christmas lights are put up about a week beforehand, and on Christmas Eve huge crowds of locals throng the streets near St Joseph’s Cathedral and around Hoan Kiem Lake. Santa and reindeer hats abound, and hot snack vendors who’ve set up stalls around the lake enjoy brisk business.

Also, many hotels in the Old Quarter put on Christmas Eve parties. The latter vary in scope from a couple bottles of wine and a few nibbles, to free-flowing booze and tables groaning with food.

If you like a crowded, noisy place with a lot of lights you can go to Ho Chi Minh city. In the early November, people begin to decorate the city with lots of trees, Santa Claus, and reindeers. Notre Dame Cathedral is the most crowded place in Christmas Night.

If you travel to Ho Chi Minh city during the Christmas time, most major attractions still open for visit on both 24th and 25th December: Reunification palace, Ben Thanh market, War Remnants Museum and Central Post Office. It’s not an official holiday. All attractions are open as usual. Thuong Xa Tax (Saigon Taxi Trade center) is a favourite place during Christmas in Ho Chi Minh city you can “soak up” with local atmostphere.

Phat Diem Cathedral in Ninh Binh province is considered the spiritual home for the seven million Catholics who live in Vietnam, a predominantly Buddhist nation. Hundreds of Catholics gather for Christmas Eve Mass in the northern city of Phat Diem. Children staged a nativity play to celebrate the birth of Jesus Christ – or Kito, as he is known in Vietnamese — in front of the city’s cathedral, built in 1891. Come to Phat Diem and you will contemplate the unique architecture blended between Vietnamese style and Gothic style.

Spend your Christmas in Hoi An. We actually enjoyed it there in 2014 as it is a beautiful town. Going to the Catholic church was actually interesting, as they have a nativity play musical in the evening, followed by a service. Staying in a homestay must be an added bonus, as the hosts will cook a little dinner on Christmas Eve for you.

Da Lat is well-known as “the city of flowers”. In December, there are many kinds of flower in blossom. Amazing that you walk on the quite street and around you are the blossom flower, that so beautiful. You can also sip a hot cup of coffee and enjoy the cool of Da Lat.

Sapa is the only place of Vietnam you can see snow. You can see, play and take photo with snow. In late December, it is not raining and it starts to have snow. People there like to use snow to make Santa Claus, and they usually decorate the trees with many beautiful things.

People in Vietnam love to give the food items: cookies, chocolate cake and candies as gifts. Other gifts are not common. However the young ones do present each other the greeting cards.